When One Equals Five

“I didn’t know I was a rich person!” exclaims Austin Gleeson, 78. After putting pencil to paper, he figures that when his current gift pledges from his individual retirement accounts are fulfilled, he will have donated $850,000 to the institution to which he has already dedicated most of his adult life.

Gleeson was born, reared, and educated in Philadelphia, but has been a pillar of UT Austin’s faculty, teaching physics to more than 3,000 Plan II students, since 1969. “This Plan II program is the best honors program in the country — it just plain is,” he says.

His philanthropic history with the university began in 2010 shortly after his wife, Elizabeth, passed away. He wanted to do something in her name and knew there had always been a need for the Plan II Honors Program to fund professors who teach courses in the program. By taking distributions from his faculty retirement account, he funded $150,000 toward a professorship in Plan II, challenging Plan II alumni to join him. In two and a half years, the funds for the professorship had been committed. The Elizabeth B. Gleeson Excellence Endowment in Physics (soon to be upgraded to a professorship) will forever fund a physics professor to teach in Plan II. 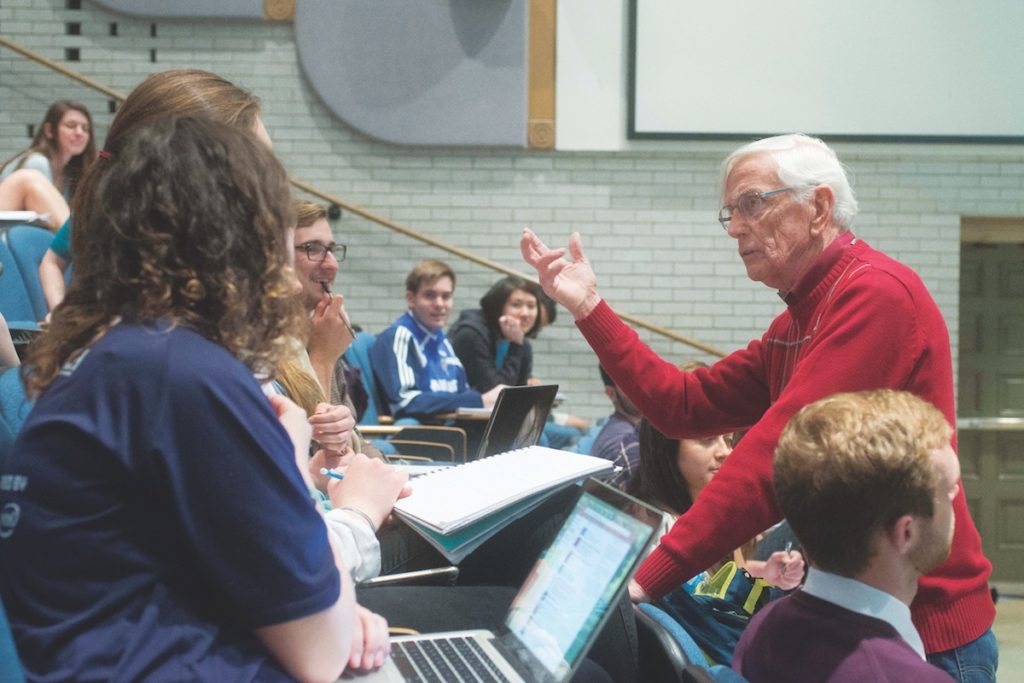 “[Gleeson] was so pleased with the response from Plan II alumni that he decided to make four additional gifts to seed four new professorships.”

Blunt and funny, Gleeson says creating the fund was so painless. “I got to thinking, why should I save that money until I drop dead? Why don’t I give it now with the $100K a year out of my retirement?” He was so pleased with the response from Plan II alumni that he decided to make four additional gifts to seed four new professorships in the Plan II Honors Program, contingent on other donors matching his gift. He announced his intentions during his acceptance speech while becoming the first Natural Sciences professor to receive the College of Liberal Arts’ Pro Bene Meritis Award.

The matches came in faster than he expected, and Gleeson laughs, “Now I’m the one who’s behind the ball!”

And, magnanimously, Gleeson is letting the donors who match his gift put their name on the professorships. So far, Gleeson has helped endow four Plan II professorships, in math, the social sciences, biology, and the humanities with the generous support of Stuart Stedman and the Stedman West Foundation, Lisa and David Genecov, and Leslie Blanton. “I think that before it’s over, just about every Plan II course will have its own professorship,” Gleeson predicts.

[Gleeson] was so pleased with the response from Plan II alumni that he decided to make four additional gifts to seed four new professorships.

This level of philanthropy is a remarkable accomplishment, but he says many faculty members are probably in a similar position. “If they have any love for this university — any love — this is how they’ve got to handle it,” Gleeson says. “And who better than faculty to designate where funding should go? We should know what UT needs.” 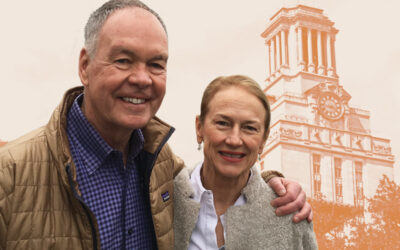